Finastra’s Fusion LenderComm platform has integrated with Corda Enterprise R3’s commercial version of its open source blockchain platform. The service has officially been launched, moving the service from pilot to production.

BNP Paribas, Natixis, and Societe Generale partnered with Finastra to pilot an open, blockchain-based service that is “enabling banks to expose real-time credit agreement, accrual balances and position information data to lenders, directly from agent bank loan servicing platforms, such as Finastra’s Fusion Loan IQ.”NatWest bank will soon be joining the early adopters of this platform as well. 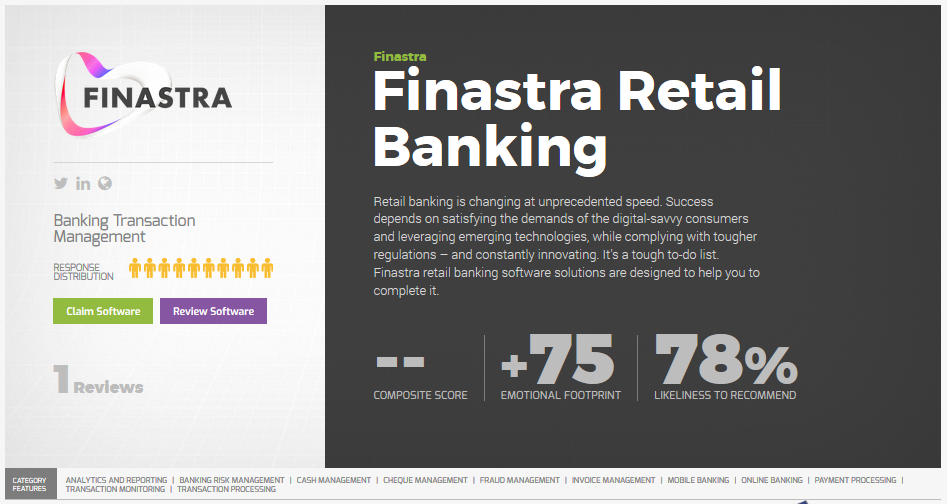 The successful launch of bitcoin has popularized the open ledger accounting and simple contract concepts. Since then, the marketplace has been exploring ways to integrate these concepts to solve traditional business challenges.

The relatively simple nature of a non-trust-based, exchange-of-value transaction employed by bitcoin that features near-real-time settlement and distribution of that transaction has held a tempting allure for many financial services organizations who are heavily transaction focused.

With this announcement, Finastra’s Fusion LenderComm and its early adopters appear to have overcome the complexity of settlement using a blockchain-based application. This has significant implications for other financial transactions as it provides a proof of concept and real-life working example of how blockchain can be applied to more complex financial transactions.

Demystify Blockchain: How Can It Bring Value to Your Organization?

Finastra FusionPAYPlus attains SWIFT Certification, one of five global providers to achieve this status in Europe.

Gravity, a UK- based small and medium-size enterprise bank will use Finastra Fusion Essence Cloud Banking for loan and deposit book automation.

ACI Worldwide’s UP eComerce Solution has launched in 30 Co-op food stores in the UK, utilizing its Mobile Commerce SDK.

AU10TIX, an identity verification and biometric onboarding company, received a $60-million investment from TPG Capital, valuing the company at $260 million.

Finastra announces deepening of relationship with Microsoft in a recent press release.

Xero squanders its advantage of being one of the very few collaboration tools with financial application know-how by simply offering an alternative to a well-established online accounting tool incumbent.

Consumers using mobile devices for bill payment is creating new challenges for merchants and their banks.