Signature tradeshows and industry events are a great time for corporate personalities to present a different side of themselves. Sometimes these efforts are transparently self-serving, sometimes endearingly naïve, but regardless they are always a window into how a company thinks it needs to be perceived in order to stay relevant. 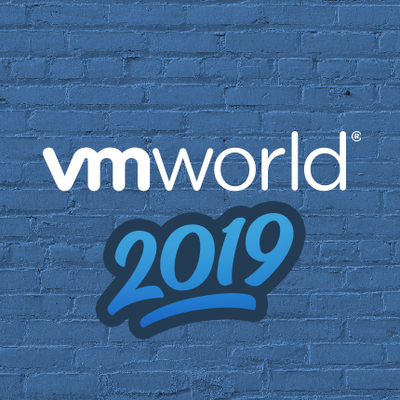 VMworld 2019 was no different in this regard: fully the first 20 minutes of the keynote address spoke to the good deeds the VMware team has helped accomplish over the past 12 months. CEO Pat Gelsinger’s having climbed Mount Kilimanjaro last year was succeeded by Callum Eade’s (VP-SDDC) swim across the English Channel to support cancer research. VMware partnered with a new mother’s support group for mothers to teach coding skills. An analysis was presented detailing the not-for-profit market’s 12 million organizations accounting for 4.5% of the GDP (and interestingly enough, 70% of which have no IT strategy), which is three times the GDP contribution of the worldwide automotive industry. There was a palpable sense that VMware needed to be seen as something other than “just an IT infrastructure company,” that there was more nobility and purpose to its raison d’etre. To be fair, Pat has previously been very transparent about his intention to redesign IT security from the ground up. When he’s able to draw direct links between an obscure niche technology like distributed ledger (blockchain) and the criminal and political instability that crypto currency is so often tied to – you have to consider there may be more than mere bluster to his intentions.

Traditionally IT has been seen first and foremost as a support service for the enterprise. The job, as defined, was to execute on instructions rather than make or debate the implications of policy on business viability. While notionally correct, this is an immature view on the role of IT. The consequences of poor IT choices, originally largely expressible as a sub-optimized cost, manifest more as lost opportunities for business activity but now we’re being asked to look at that cost from a moral standpoint. Is it right that technology is used for an expressed purpose? Is it right for technologists to question the purpose put to them by their enterprise leadership?

There are many recent examples, in the high-tech sector specifically, of employees’ direct influence on business activity. The choices are about who they do business with, how they do business, and why they do it. Google, famous for its earlier unofficial motto of “don’t be evil,” opted not to renew a DoD contract for the development of AI technology – reportedly due to employee anger and engagement backlash. Amazon has endured public shaming from its employees over its facial recognition software as well as some of the companies it sells hosting services to.

Companies responding to public outcry not strictly related to the bottom line is nothing new – Cloudflare dropped 8Chan after recognizing that users of its platform were linked to mass shooting events. Many jurisdictions have morality laws governing the actions of enterprise activity – SNC Lavalin in Canada was reminded that bribery, even when committed extra-territorially, is still taboo and that lobbying to influence that investigation has consequences in the highest halls of power.

What is the role then of the individual technologist? It seems unreasonable that a single opinion (or a plurality of them from one specific group) should override the traditional (and previously agreed upon) hierarchy and governance. Similarly, though waiting for the state to set guidelines, principles or laws to correct corporate behavior is incongruent with the speed of technology and the public appetite for immediate redress.

IT workers exist in a place of privilege and comfort compared to much of the rest of the working world. Our skills are difficult to acquire and while outsourcing abounds, the constant craving for IT services means a steady and increasing demand for them. This privilege charges us with the responsibility to speak up and point out the potential negative consequences related to how we are asked to apply technology. After all, we don’t sit idly by anymore dismissing or trivializing crude jokes, hazing, or unwanted advances as anything other than the harassment it is.

To do otherwise would be amoral.

The concept of building a software factory has increased in popularity with the drive to build digital platforms, products, and services. It is also a major transformation from traditional, hands-on-keyboards software development practices in and of itself. Before you build your software factory make sure you have a firm foundation for success!

Is it true that everything that can go wrong will go wrong? Don’t bet on it to not.

Provision and Mask Your Test Data With the Right Tool

Test data management tools offer you the ability to provision, mask, and govern the access and use of your test data, alleviating these manual, laborious and error-prone tasks from your testing, operations, and DBA teams.