Apple’s attention-getting new hardware announcements played up a lot of new camera features and screen quality upgrades. While web conferencing users who rely on their mobile device to join work meetings will enjoy some incremental improvements, not all of the features showcased in the reveal keynote will make a difference.

Apple executives showed off camera features like the “Slofi” – a slow-motion photo taken from the front-facing camera – and a “deep fusion” feature that takes multiple photos, runs them through a magic algorithm, and spits out a nice-looking picture. These won’t factor into your web conferencing experience with the devices. The quality of the front-facing camera, plus the onboard speakers and microphone, make all the difference here.

Whether you buy the iPhone 11, the iPhone 11 Pro, or the iPhone 11 Max, you’ll have the same front-facing camera. It’s a 12-megapixel lens capable of 4K resolution video recording at 60 frames per second. That should be more than adequate to capture your talking head during a web conference. Apple is also introducing a more wide-angle view for the camera when you hold the device in a horizontal position.

For those looking for the best possible screen, the iPhone model will make a difference.

Apple also released a new iPad at its event. The biggest changes are a new screen size, upgraded to 10.2 inches from the previous standard of 9.7 inches, with a 2160x1620 resolution at 264 pixels per inch. An included “Smart Connector” allows it to work with Apple’s Smart Keyboard. Unlike the iPhone, the iPad retains its analog 3.5mm headphone jack. That’s good news if you prefer to plug in wired headphones to participate in web conferences.

The front-facing camera on the new iPad isn’t up to par with what’s seen on the new iPhones. It’s a 1.2-megapixel camera that’s capable of 720p HD video.

As of Sept. 30, the iPad will have its own separate operating system. A branch off from iOS, this first iteration will be familiar to users. It seems like Apple feels the need to provide a unique tablet-focused OS so it can develop more intuitive multitasking interfaces, take advantage of a larger multitouch display, and further develop the file management system.

Many web conferencing users will appreciate the new multitasking features. Previous versions of the iPad made split-screen views a reality, and now that’s becoming even more flexible. You’ll be able to keep your favorite apps – including your web conferencing app of choice – in the Slide Over panel. This could be a convenient place to tuck a text-based chat with a colleague while working on other documents. Users will also be able to view multiple instances of an app in different frames on a split-screen view. This will allow you to have a video call going in one pane while collaborating on a file in another, for example.

For those that like to sketch out diagrams when collaborating, Apple’s also improved its Apple Pencil, promising that it feels even more like writing on paper. Time for a whiteboarding session!

Here’s a quick look at some of the most popular web conferencing apps available for iOS (and now iPadOS), in terms of their compatibility and ratings. 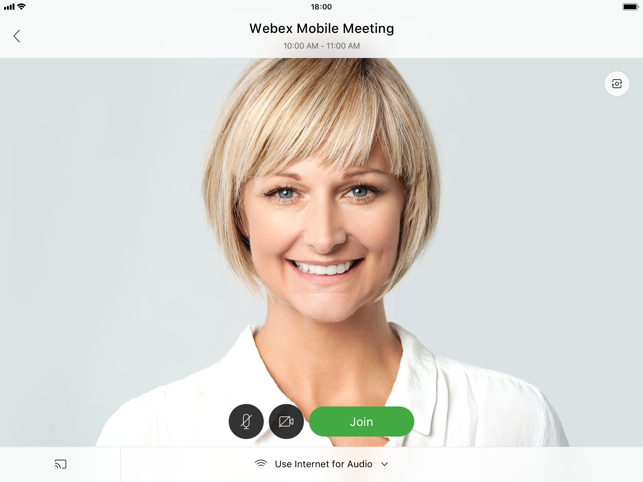 Above: Cisco WebEx Meetings on iPad

At its fifth annual Zoomtopia conference, Zoom announced a wide range of innovations and upcoming products, including feature improvements for Zoom’s core videoconferencing platform; expansions for Zoom Phone and Zoom Events; and the introduction of Zoom’s Video Engagement Center.