BlueDot Scans the World With AI for Outbreaks of Infectious Diseases

AI has been making headlines in healthcare for some time, and the current outbreak of the coronavirus in Wuhan, China, (with cases now in other parts of the world) – or, more specifically, the early warning of the outbreak – is another example.

BlueDot, a Canadian company started in 2014 by infectious disease physician, researcher, and professor Dr. Kamran Khan, warned its customers of the outbreak on December 31. That’s a week before the US Centers for Disease Control and Prevention (CDC) notification on January 6 and almost ten days before the World Health Organization (WHO) public notification on January 9, reports WIRED. BlueDot also predicted the Zika outbreak in Florida six months before the first case.

The company uses machine learning (ML) and natural language processing (NLP) to comb through a range of information sources in 65 languages, analyzing 10,000 articles per day, including media, blogs, forums, global sales of flight tickets, population demographics, and climate data. (BlueDot does not analyze social media, which it says is messy.)

After the automated analysis is done, human experts validate the results to confirm that the conclusions make sense, a good example of keeping humans in the loop. And then the system sends out notifications to its customers, which include “governments in 12 countries and several hospital networks in North America.” 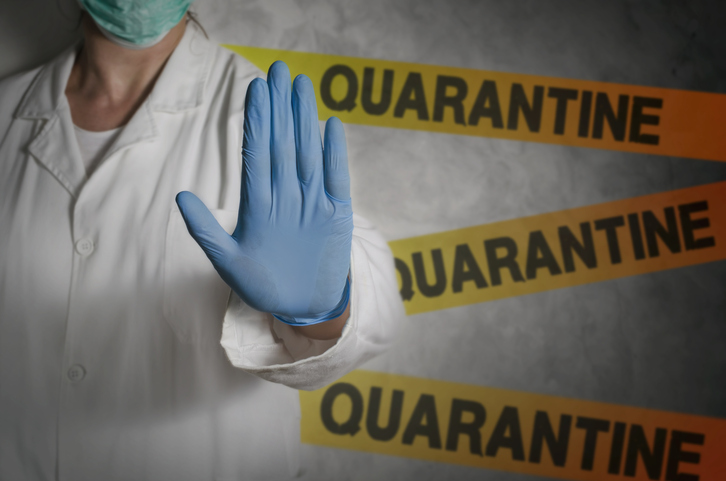 This is an excellent example of using AI in healthcare, specifically in public health and disease surveillance. We humans can only read so much in a day, and we are usually constrained by the number of languages we understand. NLP technologies eliminate those constraints (although they do have their own limitations, even the more advanced systems such as OpenAI’s GPT-2).

We also like that the company does not rely completely on AI but also engages epidemiologists to validate the analyses and make conclusions, since most of the current AI is not yet very smart.

The company does not yet offer its services to individuals; it seems focused on serving governments, hospitals and business. But with the recent scares – SARS, MERS, Ebola, Zika, and now the Wuhan coronavirus – and increasing globalization, there may be a market for an app. I would pay to buy some peace of mind – wouldn’t you?

Looking to learn where else AI, NLP, and ML are used in healthcare? See our blueprint Get Started With AI.

For more inspiration also see other tech notes and briefs on AI in healthcare.