At the AWS Summit in Toronto on October 3, 2019, Amazon Web Services announced a third availability zone (AZ) for Canada Central, to be launched in 2020. A third AZ will provide increased reliability and improved DR capabilities for AWS customers who wish to keep their data in Canada.

AWS currently has two AZs in the Canada Central region. An availability zone is a unit of AWS infrastructure in which AWS hosts cloud computing services and runs workloads.

Each AZ is designed to be independent of each other zone to ensure redundancy. AWS has designed its global infrastructure such that its eggs are kept in separate baskets – AZs are distributed so that events such as power grid failures, fiber cuts, and even natural disasters such as earthquakes, floods, or hurricanes should only cause a single AZ within a region to fail.

Since each region is composed of two or more AZs, this redundancy allows an AWS region, such as Canada Central, to continue to provide services even in the event of the failure of a single AZ within that region. 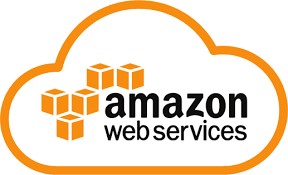 AWS is increasing its infrastructure footprint in Canada to increase availability to Canadian customers.

The third AZ in Canada will provide greater redundancy and reliability for customers running AWS workloads in Canada.

Although Canadian customers already had access to many regions in the northern United States for increased reliability and disaster recovery capabilities, customers who are constrained by compliance requirements such as data sovereignty are unable to take advantage of US-based data centers.

Furthermore, even Canadian companies that are not constrained by data sovereignty regulations may possess a risk profile that leads them to wish to retain their data in Canada. For example, they might not want any of their data to reside in areas under the jurisdiction of US law.

This third Canadian AZ is more than icing on the cake for such customers. They'll look forward to their tasty treat in 2020.